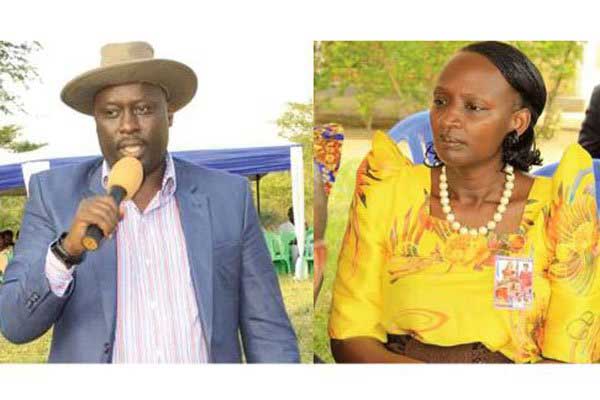 GOMBA, Uganda|SHIFTMEDIA| As the nation warms up for nomination of Members of Parliament starting tomorrow, the woes at the Mawogola north constituency remains unresolved even as Aine Godfrey Kaguta aka Sodo was declared the winner of the hotly contested seat.

Today, Wednesday, October 14 2020, President Yoweri Tibuhaburwa Kaguta Museveni is expected to meet the three aspirants at his Kisozi ranch in Gomba. The meeting, the second in less than a month is according to highly placed State House sources geared towards creating harmony between the two main worrying factions, one headed by Aine Sodo Kaguta, and that of Shartsi Musherure Kutesa, daughter to Foreign Affairs Minister Sam Kutesa.

For starters, Aine aka Sodo was declared the winner of the Mawogola North seat after beating Kutesa with 17,343 votes. Kutesa’s daughter garnered 16, 104 votes, while Salim Kisekka got 4, 274 votes. Despite this, Shartis insists she won the seat because votes from six villages where she has massive support were not included.

She has urged that voting in those six villages takes place to determine the eventual winner. But today, Museveni has called the trio for a meeting at his farm in Kisozi where he arrived yesterday for a short break since the lockdown,

According to sources, Museveni will hold talks with Aine, Musherure and Kisekka to find a common position on harmony. Musherure has insisted that if the meeting today doenst go in her favour, she will decide the next steps to take, which is considered contesting as an independent.

Analysts contend that President Museveni and NRM Party chair fears that contesting as an independent may divert voters meant for the NRM, thus allowing the opposition to take the day.

Meanwhile, intelligence sources revealed to Shift Media News that Foreign Affairs Minister and father to Musherure Kutesa has been barred from stepping in Sembabule, at least until the elections are done.

Reports indicate that during the just ended hotly contested NRM Primaries, Kutesa is alleged to have called NRM Electoral Commission Chairperson Dr Odoi Tanga ordering him to cancel the Mawogola North elections. This was after Tanga and top security chiefs camped in Sembabule to foresee the elections that were first cancelled due to chaos, intimidation, and harassment.

The meeting as per sources will start at 1 pm with the three contestants, Aine Kaguta, Musherure Kutesa and Kisekka allowed to come in with only 20 of their supporters.

The RDC Sembabule, Nickson Kabuye and some district leaders have also been called to attend the meeting.